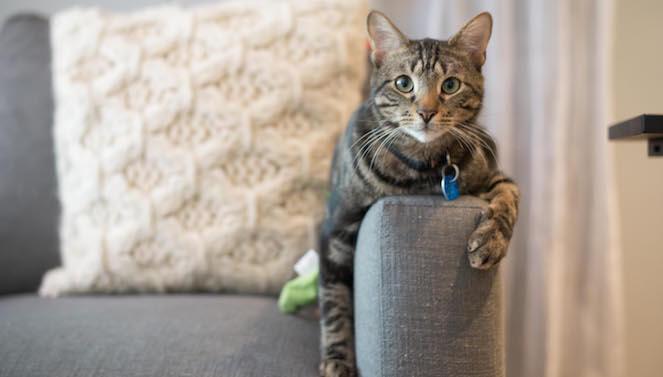 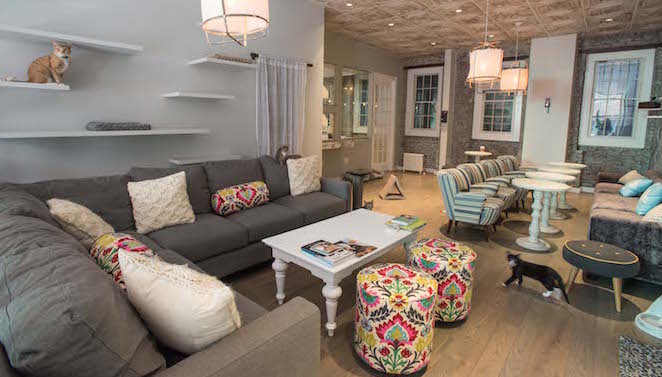 Big, comfy couches and chairs, the wafting aroma of coffee and croissants and the cool, laidback charm of a handful of cats — welcome to Little Lions Cat Café. Located in the heart of SoHo, Little Lions (located just off West Broadway) offers city dwellers an oasis of calm that only cats can deliver.

And if you happen to fall in love with a feline over tea and a scone (Little Lions' menu really does have something for everyone), well, there’s no need to say goodbye.

“Not only did I love the experience and adore the animals, after having visited I can't imagine a better way to handle the adoption process as a whole,” says Mike Fries, who added two cats to his family after visiting the café.

That was exactly the thought behind the café’s creation, according to owner Erin McShane. “I had seen on the internet the cat cafés overseas, in places like London, Paris and Tokyo and they had cat rooms,” she says. “But I knew I wanted something a little different.”

It’s all about the cats

A cat rescue volunteer herself, Erin wanted to design a space that feels more like a friend’s apartment than a traditional café, as well as being very different than a shelter or even an adoption center.

“I wanted the cats to feel like this was their home,” she says. “This way people can meet the cats and really envision what they would be like in their home.”

So you know right away if a cat is a snuggler or a sun sponge.

“This is a great opportunity for our cats to get attention and roam free all day,” says Shannon Kirkman, Best Friends–New York’s mobile adoptions coordinator. “It really is a win-win.” 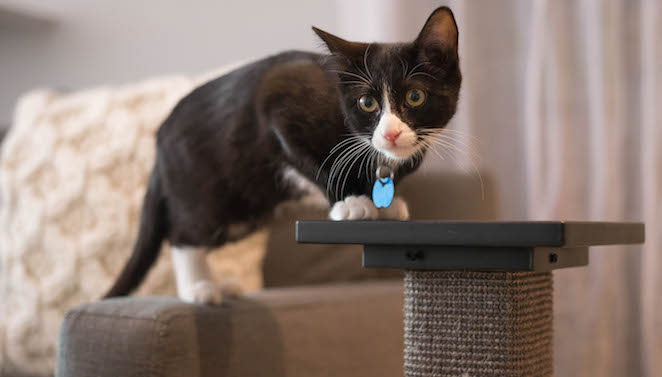 The cats seem to agree with Shannon. Of the first 10 cats to rule the café’s cat sanctuary, nine were quickly adopted. Best Friends adoptions staff are kept busy pulling even more cats from Animal Care Centers of NYC as space becomes available in either the cat café or in Best Friends’ network of foster homes.

“Obviously, we have to make sure we’re placing the right cats in the café,” says Shannon. “We wouldn’t place a cat in there who doesn’t appreciate the company of many cats, because that cat wouldn’t be comfortable.”

Those who are in there, have no problem making themselves right at home.

“We were in the cats’ space,” says Mike. “What I mean by that is they were comfortable, no one was hiding, and each cat got to choose who to come up to, say hi or where to sleep. Not only was it almost cathartically stress-free, it was the best way to meet a potential companion I can imagine.”

Cats really do have staff

While there, Mike became smitten with Bronxie, an orange Maine coon with amber eyes. After Bronxie woke up from his nap on a nearby perch, the two played for a little while, then snuggled for a spell. As Bronxie “purred like 1,000 rattling cans,” Mike knew their fate was set. But he didn’t want Bronxie to be alone, so he started considering adopting a buddy for him.

“We have three ‘cat comfort coordinators’ on staff,” says Erin. “They tend to the cats’ every need and make sure they are being treated well by visitors.”

These cat comfort coordinators get to know their charges very well, so they can answer any questions visitors might have — like who would make a good companion for Bronxie.

“The staff knew all of their personalities, who were friends, and even had pictures of Bronxie and Ezra cuddled in and sleeping together,” says Mike. “After two minutes with Ezra, I knew.” 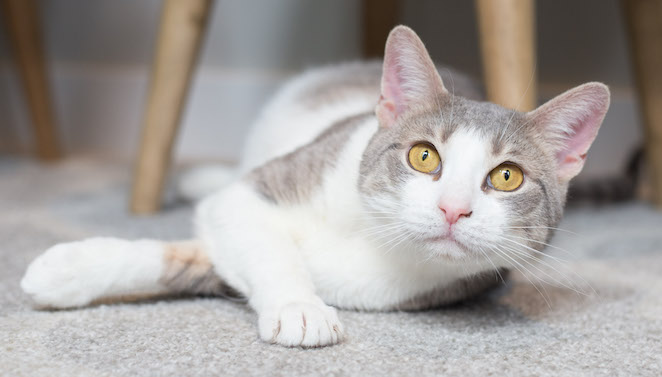 Little Lions is open for business and welcomes everyone to come in, grab a beverage and a snack, and spend a little time canoodling with the city’s coolest cats. And you never know — you just might find your next best friend.