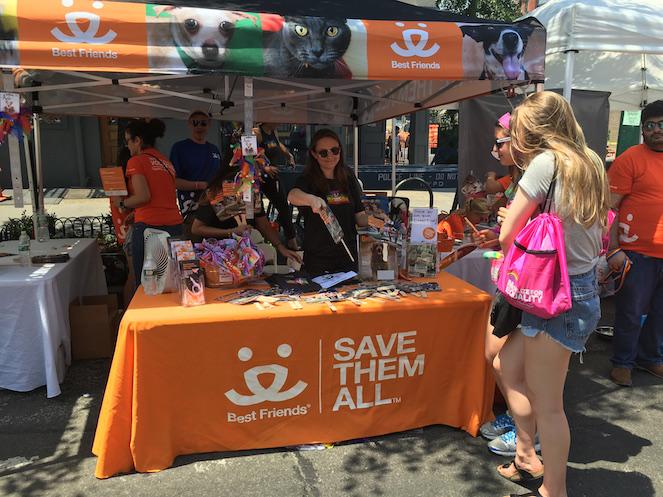 New York pride parade is a chance to spread the word about Saving Them All.
By: Nicole Hamilton on July 12, 2016

As staff and volunteers headed down Fifth Avenue on the Best Friends float as part of the 46th Annual NYC Pride March, they were greeted with a sea of rainbow flags and cheers from about a million people.

“We were overwhelmed by the sense of community here in New York and grateful for our place in it,” says Elizabeth Jensen, executive director of Best Friends–New York, of that important moment.

Best Friends joined more than 32,000 marchers and 400 organizations for this year’s pride march, which was the largest in its history. And while the recent tragedy in Orlando was not far from people’s minds, participants said it only made people more determined to make the day an uplifting and empowering one for the history books. 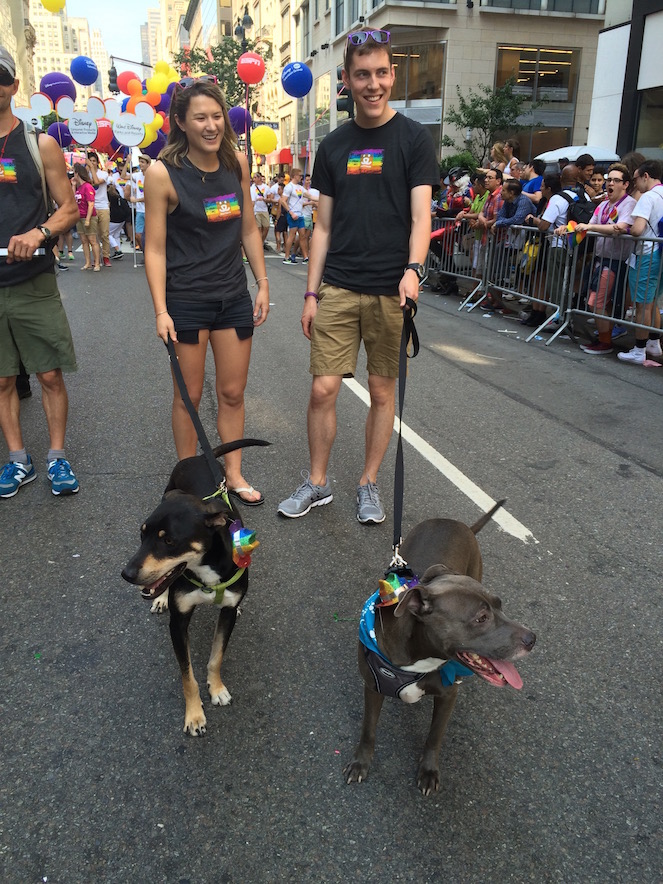 NYC Pride Weekend: A colorful celebration of all pets and people

Best Friends–New York took part in New York’s PrideFest and the pride march, both of which were held Sunday during NYC Pride Week. Best Friends served this year as the event’s official pet adoption organization. 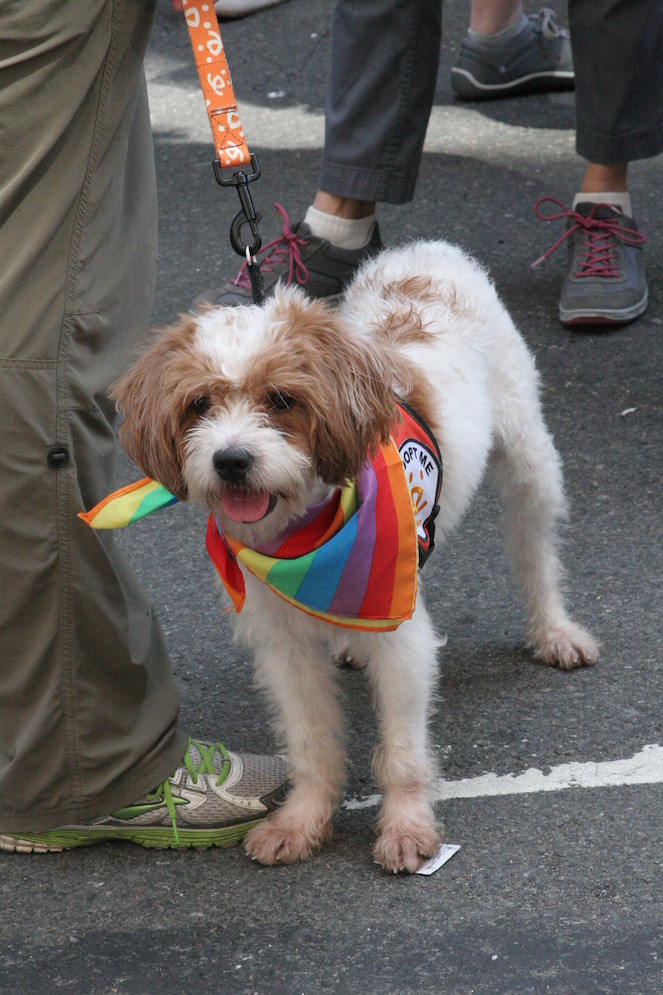 Dogs get the Google treatment at PrideFest

For PrideFest, Best Friends had a large tent where festival goers could meet adoptable dogs, buy Best Friends merchandise and learn more about Best Friends programs. The tent was packed from open to close, and Jess Bergeron, community programs and events manager, says the day ran smoothly, thanks to a group of about 50 Google employees who volunteered at the tent as part of their company’s GoogleServe program. “The volunteers from Google were just amazing,” says Jess, who planned Best Friends’ participation in the weekend’s events. “They completely understand and value the work we do every day to save homeless pets in New York, and talked easily and expertly to anyone with questions about Best Friends.”

The Google team (referred to as Googlers) was organized by Karin Magnuson, a longtime Best Friends volunteer who is director of people operations at Google. Her team helped distribute information about the upcoming Strut Your Mutt, event sold merchandise and also served as dog handlers during the festival.  Last year, Karin spearheaded a GoogleServe program with Best Friends–New York in which Google volunteers hit the streets and talked to strangers to raise awareness about fostering and recruit potential foster volunteers for Best Friends pets. This year’s participation in the PrideFest was a continuation of that effort.

“My goal is to bring the power of Google to the mission and people of Best Friends,” says Karin.

There were deep connections made at PrideFest under the Best Friends tent, too. One dog was adopted at the event and members of the Best Friends adoption team fielded inquiries about several other pets. Google volunteer Dana Birch fell in love with Skylar, while volunteering at the event, but she left that day without her, deciding to think overnight about the decision to adopt.

By Monday, Skylar had a home with Dana, and now each day she joins Dana and Karin at the Google office where they work. Get involved with Best Friends—New York.

Pride Week culminated on Sunday with the pride march and Best Friends–New York took part in it with a colorful float that featured a fabulous soundtrack and dogs who know how to work a crowd.

Volunteers walked the adoptable dogs over to people watching the parade so they could give them pets and smooches, which drew smiles from onlookers. And when the march came to the occasional stop, a volunteer ran one particularly athletic dog up and down the street as the crowd cheered.

"I think it’s impossible to participate in the pride parade without being drawn into the spirit of the event,” says Elizabeth, who danced alongside her team on the float. “The streets of New York were full of joy.” Spread love. Give to Best Friends–New York.

Join Google and its employees who have come together to help Best Friends save the lives of homeless pets. Learn more about the many opportunities at Best Friends for workplaces to get involved, from volunteering at a Best Friends event with your co-workers, to hosting a Yappy Hour at work, to donating through your employer’s workplace giving campaign. Together we can Save Them All.