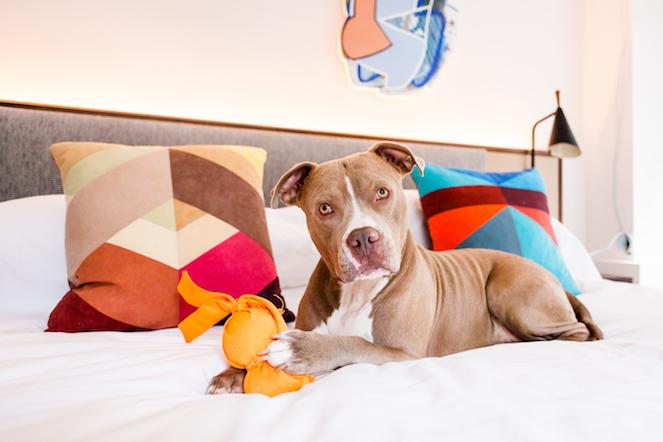 After surviving Hurricane Harvey, Micky now lives the good life with his family at The James NoMad in New York City.
By: Nicole Hamilton on April 10, 2018

When Patrick and Mayda lost their 14-year-old dog last July, they were heartbroken. It would be a while before they were ready, but they planned to adopt a dog as a companion for Elsie, their sweet senior dog who missed having a friend.

They didn’t know it at the time, but that fall the dog they would eventually adopt was just trying to survive during a disaster — Hurricane Harvey. Micky was one of thousands of pets displaced by the storm and devastating flooding.

He reached safety following the storm at Best Friends’ emergency shelter in Houston, where he stayed for weeks in the hope that his family could be located. But no one came looking for Micky, and efforts to find his people turned up no leads. Micky needed a place to go and a fresh start in a new home. That’s how he ended up getting a ride with 13 other rescued dogs to the Best Friends Pet Adoption Center in New York City. The timing was just right for him to meet a young couple ready to welcome a new dog into their home again.

A dog from Houston finds joy in New York City 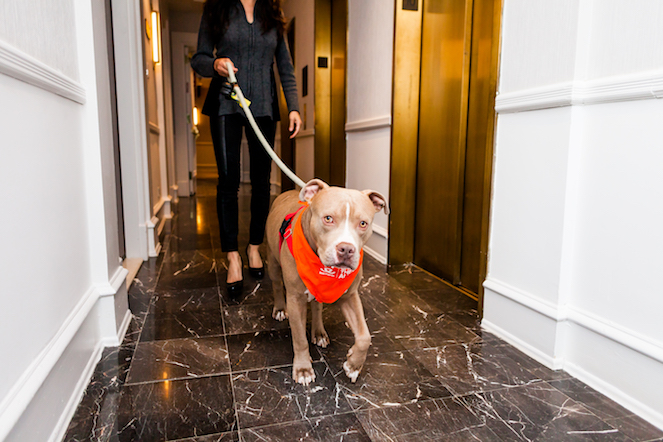 When Micky arrived — like anyone visiting the Big Apple for the first time — he was curious about everything. “He charmed everyone with his combination of sweetness and spunk, and he loved taking walks around town,” says Suzanne Remito, adoption specialist.

It’s that spirit that caused Patrick and Mayda to notice Micky as soon as walked into the center one afternoon with their Elsie. “He caught our attention, not only because he got along with Elsie, but also because of his temperament and gentle nature,” says Patrick.

After spending time with him and learning his story, Patrick and Mayda adopted Micky and brought him home. And what a home it is.

When two homes are better than one 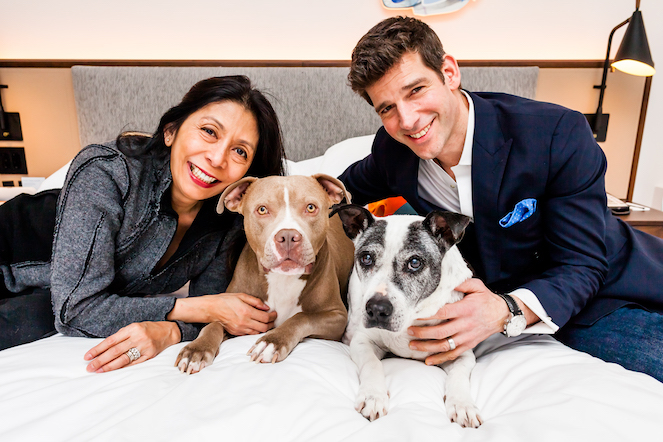 Patrick is the managing director of The James NoMad, a pet-friendly boutique hotel located near the Best Friends Pet Adoption center in SoHo. For most of the week, Micky lives with his family at the hotel. On the weekend they leave the bustle of the Big Apple and head to their home upstate, where Micky and Elsie can run around and play in the large, fenced-in yard. “We are also surrounded by hiking trails and hills where we go for hours,” says Patrick. “Though both our dogs are happy, we find that they enjoy the country more than they do the city. Who can blame them?”

A day in the life of a rescued dog 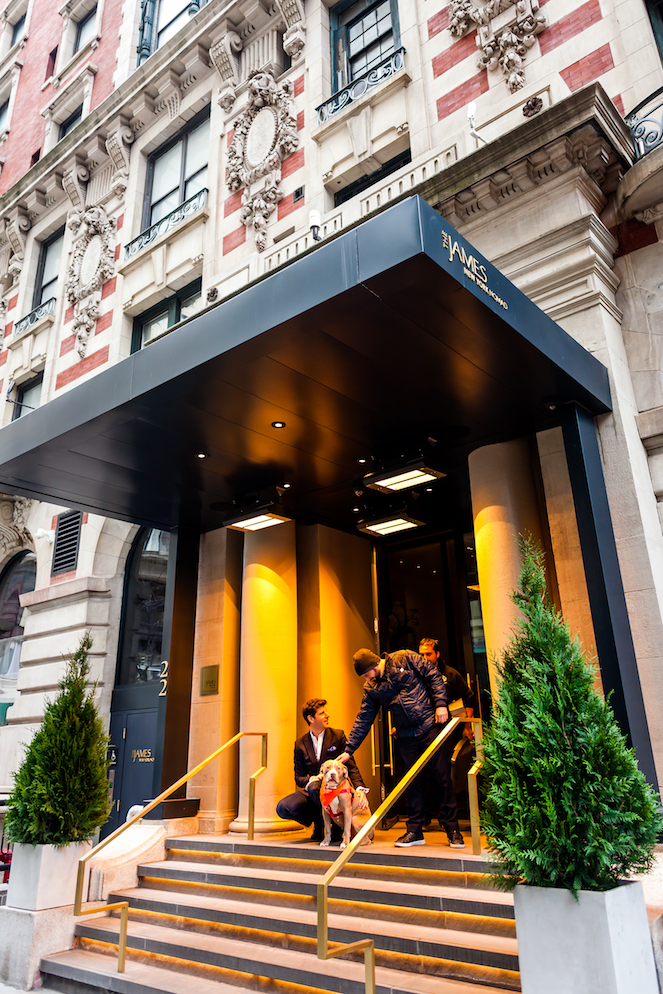 Micky’s day starts at 6:30 a.m. “He wakes up smiling and kissing whomever is closest to him,” says Patrick. Then, he goes for his morning walk at Madison Square Park, has breakfast back at The James, and waits for Patrick to get ready for work. 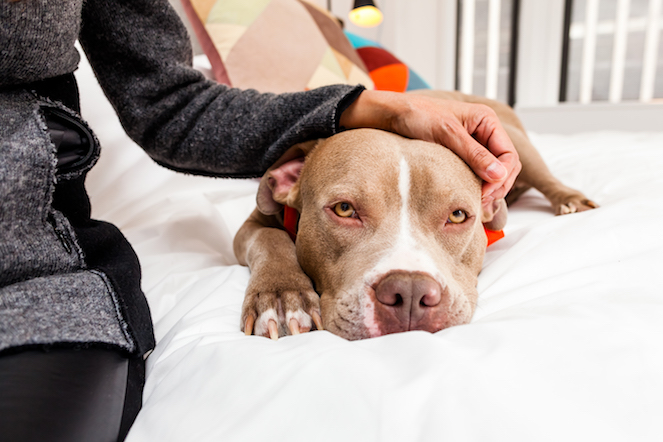 “He brings joy to whomever gives him attention,” says Patrick, who gives him snacks throughout the day while reinforcing basic commands that Micky learned in training classes. He then goes for his midday walk, “He gets stopped by at least one or two people admiring him for his good looks,” Patrick says. 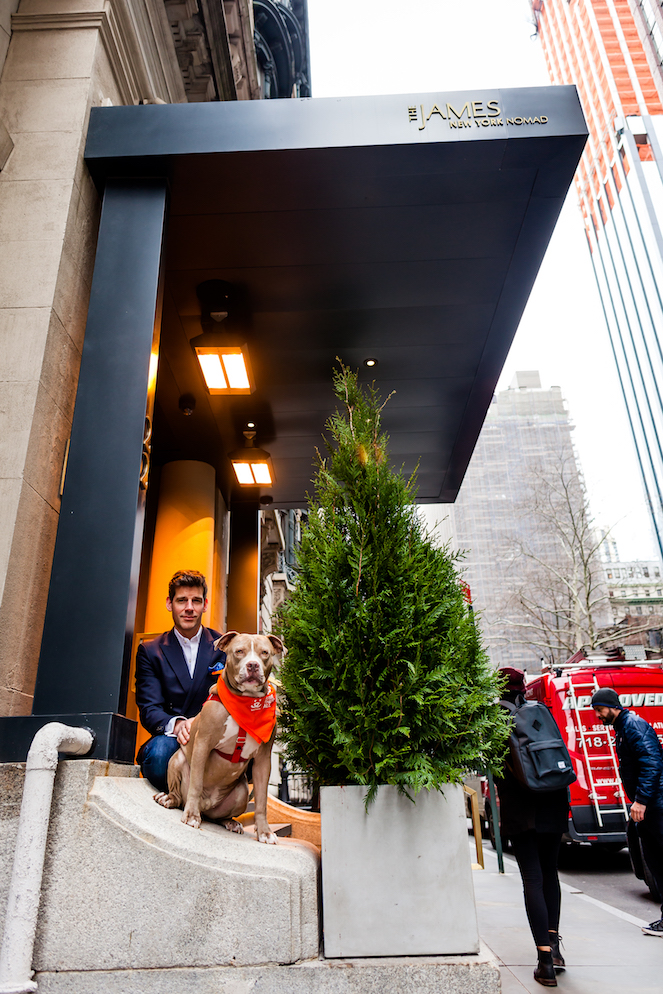 Micky then takes his afternoon nap and before you know it, it’s time for his long walk in the park. Then, after quitting time, he goes home with Patrick, has dinner, and watches TV with Patrick and Mayda or entertains himself by playing with his toys.

“He goes for a quick walk before bedtime,” says Patrick. “He is quite the noisy sleeper, but it’s somehow soothing to listen to.” 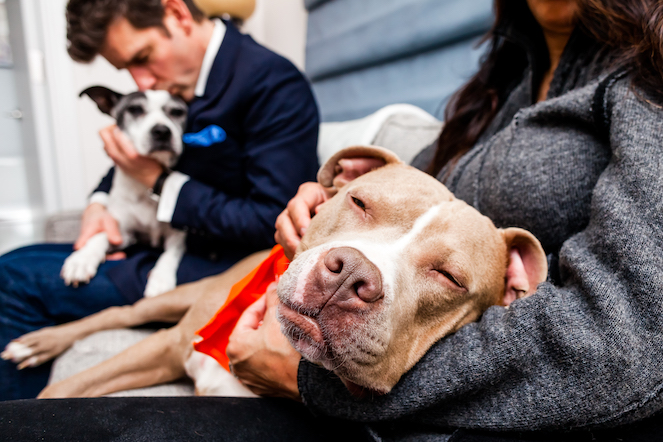 There’s a family out there for every homeless dog

Micky has traveled far since his days of being lost after Hurricane Harvey. Today, he lives with a loving family and is learning new skills in training classes that he loves. “When we get updates about Micky, it’s a reminder that there’s a second chance out there for every homeless dog,” says Suzanne. “There’s a family out there for all of them.” 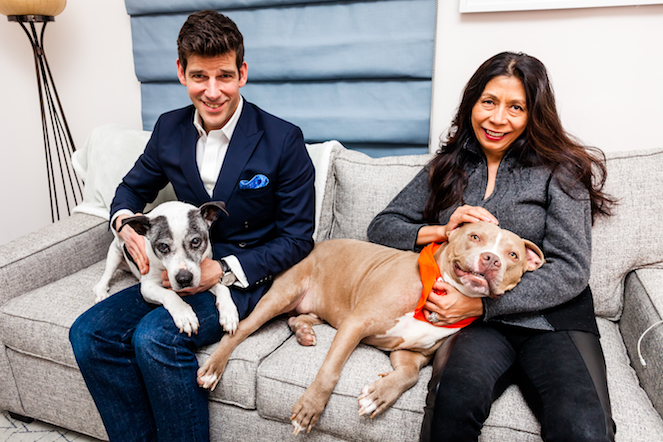