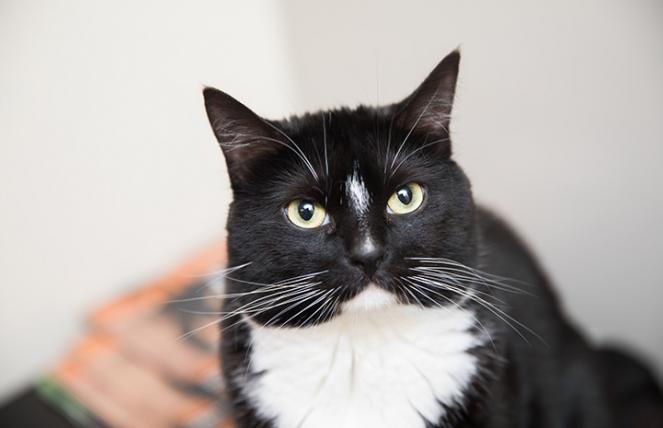 When Arizona the cat was at the Best Friends Lifesaving Center in Atlanta, she was known as the resident Diva (yes, with a capital D). One minute she’d grace you with her presence, and the next minute she’d throw you some shade.

Arizona’s “cattitude” was endearing to staff and volunteers at the center, but it wasn’t helping her find a home. What she needed was a fresh start in a different city, and not just any city, but the one that many of the world’s greatest divas already call home — New York City. 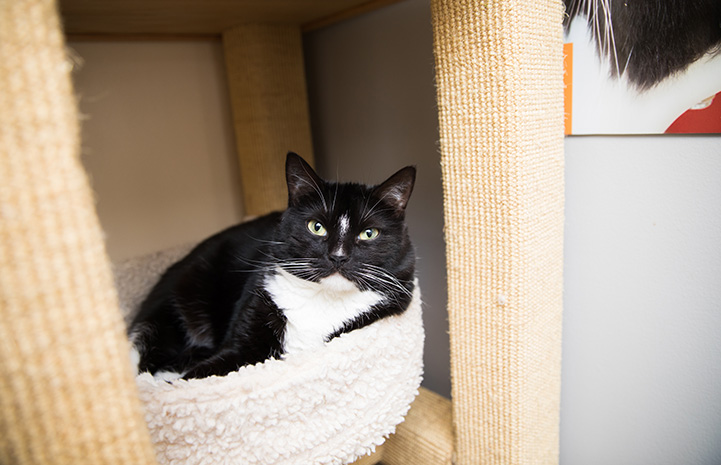 Arizona is a cat who does not want to share the limelight, which was tough when she was surrounded by many fellow felines at a large Atlanta shelter. When she arrived at Best Friends in Atlanta, staff and volunteers tried to find her softer side and quickly learned that her “look but don’t touch” rule was a nonnegotiable (even though she has the kind of big, soft belly you want to pet).

The longer she held court in the cat room, the more the staff looked for new ways to help Arizona become the queen of her own castle. Staffers knew they couldn’t turn her into a gentle, quiet lap cat, nor did they want to. No, Arizona was beautiful just the way she was. She just needed to find her tribe and a way to get to them. So when the staff started organizing a transport from Atlanta to the Best Friends Lifesaving Center in New York City, the hope was that this was the chance Arizona needed. 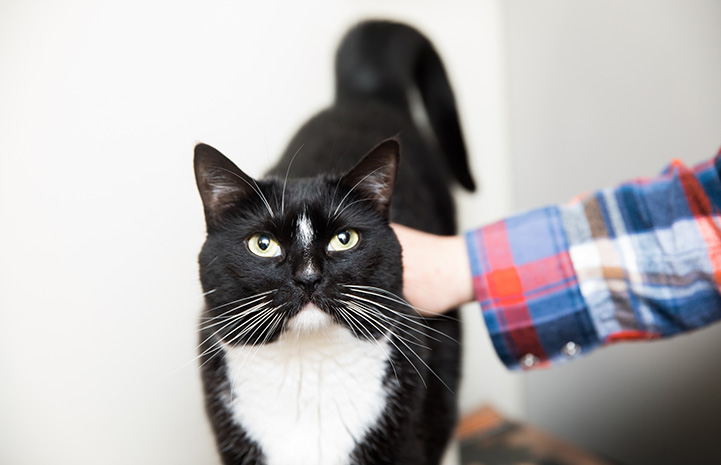 On a cold day in February, Arizona and some of her fellow felines boarded the Best Friends transport van and headed to the Big Apple. Then, just a few weeks later, it happened. Arizona got adopted.

Sam Horowitz and her husband, Beau Alessi, came to the center looking for a cat who could eventually be friends with their cat, Puma. “She had the cutest tuxedo markings,” says Sam. “I picked her out right away when I saw her. She just looked ready to go to a new home.”

With that, Arizona found a home, proving that sometimes a new location can do a world of good. 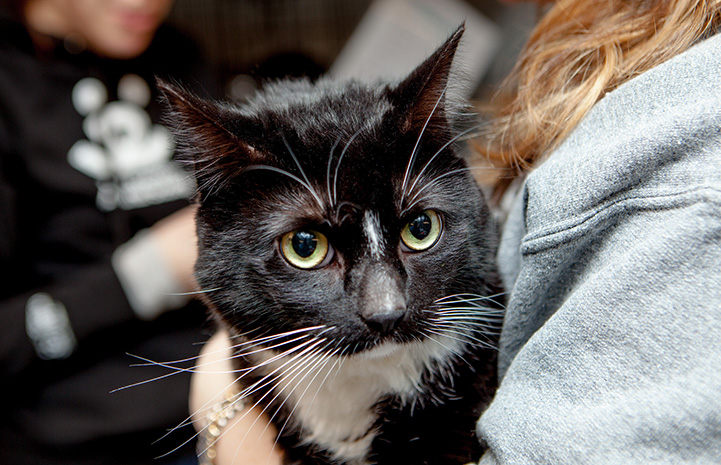 Arizona (who now goes by Daisy) found her people. “Personality wise, she definitely has some attitude, but in a cute way,” says Sam. “She only wants to be petted when she decides she wants to be petted and when that happens, she approaches us and meows until you pet her.” 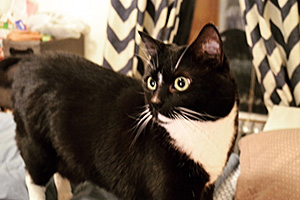 One of the keys to helping Arizona feel comfortable in her new home is giving her lots of space. Arizona has a room where she can be alone and is free to retreat under the bed whenever she wants, for as long as she wants.

As for Puma, Sam and her husband are gradually introducing them to one another, and so far, their interactions have been drama-free.

Recently, Sam noticed that Arizona has taken up a new hobby. “A few times when we've been in the other room, we've heard her meowing melodically like she's singing to herself,” she says. “It's very cute.”

Back in Atlanta, the team wasn’t surprised at all to hear that Arizona found luck in New York City. “I knew there was the perfect home out there for her,” says Brantlee Vickers, a center volunteer coordinator. “All of us here in Atlanta were so excited when we got the news that she was adopted.”