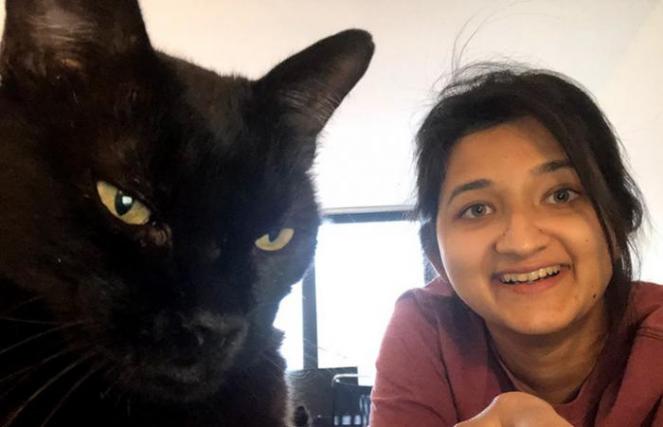 As many of us bid an enthusiastic adieu to 2020 on New Year’s Eve, Ebenezer will be purring the night away in his new home
By: Nicole Hamilton on December 30, 2020

His name may be Ebenezer, but this cat is about as far away from Scrooge as you can get. He lost his home this year, and he’s limited to a special diet, but none of that gets him down. And even during a big move from Best Friends Animal Society in Kanab, Utah, to Best Friends in New York, he took it all in stride. That’s because Ebenezer is a glass-is-half-full kind of guy.

This Christmas is going to be a big one for Ebenezer, because it will be the very first one that he celebrates in his new home with Dima Ivanyuk and Saumya Dalal, who started fostering him earlier this year. After a while, they had become far too smitten with him to say goodbye, so they adopted him. Don’t call it a foster-fail, though. This was definitely a foster win. 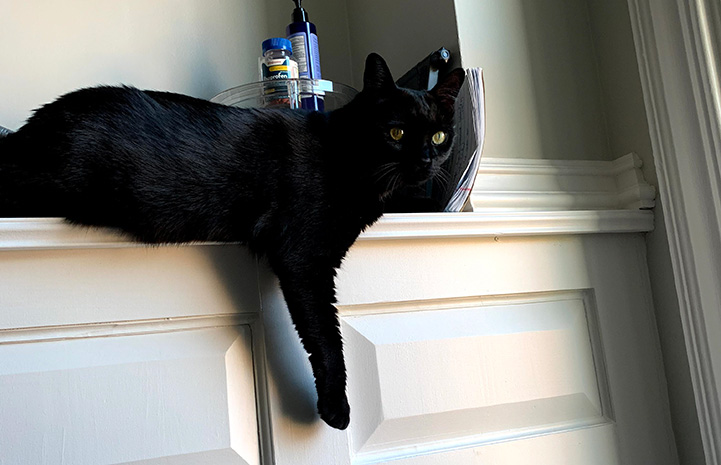 It’s the most wonderful time of the year

As many of us bid an enthusiastic adieu to 2020 on New Year’s Eve, Ebenezer will likely be snoozing in his cat bed. And when the sun comes up on New Year’s Day, he’ll probably be perched in a window doing a little bird watching.

“While us humans typically stick to Netflix and Hulu, Ebenezer prefers the live entertainment of the outdoors,” says Dima. “He loves to find a comfy spot near a windowsill and watch curiously as birds flutter by.”

[Cat brings joy during the lonely days of 2020] 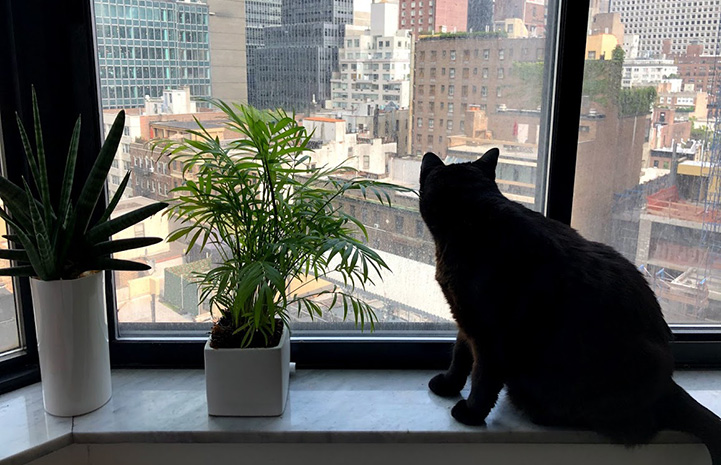 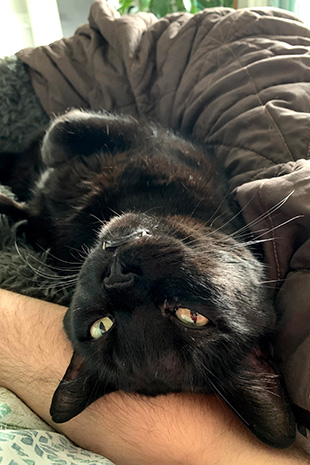 Besides beauty naps and bird watching, one of Ebenezer’s other loves is food. “Although it's almost immediately clear that he prefers to lounge around over being active, you'd be surprised how quickly he appears at your feet after hearing the crinkle of a bag of treats,” says Dima.

When he hears a can of food being opened, Ebenezer wastes no time getting to the kitchen, and if you’ve got something tasty in your hand, he’ll make it clear in an instant that he wants you to share.

Now, there’s nothing wrong with being a foodie, except one thing: Ebenezer loves food a little too much, and he’s currently on a diet to shed a few pounds and keep him healthy. If they left food out, says Saumya, he’d eat everything in the bowl in a matter of minutes. That’s why they feed him tiny portions with an automatic feeder. Every three hours, he gets a small amount of food and this helps him pace himself.

They also check in with Ebenezer’s veterinarian on a regular basis because he has the feline immunodeficiency virus (FIV). While he can live a long life just like cats without FIV, Dima and Saumya quickly address any health issues he may have.

It could have been easy to say “Bah, humbug” when 2020 got going, but Saumya says that being around Ebenezer (who she and Dimya affectionately call Ebboo) has made all the difference. “Like a shadow, Ebboo would follow me around the house and kept me company always, which is amazing since this year of being at home has made so many people feel lonely.”

He loves belly rubs and crawling into their arms in the morning to be held. And he’s taught them to appreciate the simpler things in life such as food, sleep and cuddles. Says Saumya: “During these difficult COVID times, he made us feel grateful about being home to be able to relish those simple joys.” 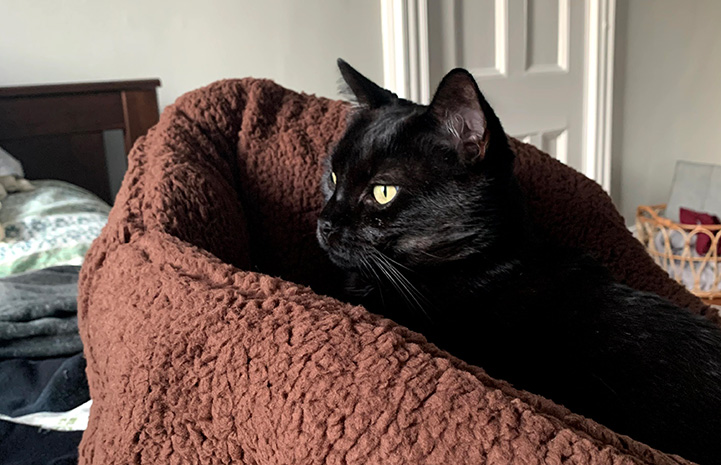 Give a gift that goes a long way

Celebrate someone this holiday season by donating to Best Friends in their honor, and help more pets find comfort and joy in the new year.

Fierce love for an incontinent cat

The shy (dog) leading the shy

Despite her difficult past, this dog is kind to everyone she meets