Back in the groove 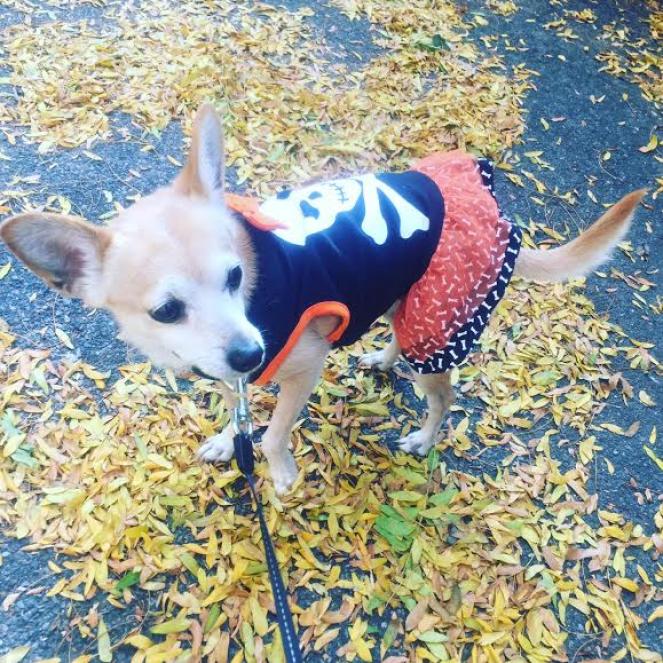 Tutus, dresses, Halloween costumes (yes, plural), special Christmas attire—Pikachu’s wardrobe rivals that of any New York fashionista. Even though she has her own soft, warm bed, Pikachu prefers to share her person’s bed pillows. Her “staff” takes her outside for exercise while her person is at work. And please do mix some chicken into her dinner because that’s her favorite.

A little spoiled? Maybe. But it’s the charmed life this little Chihuahua mix deserves. Even though Best Friends helped steer her through some scary twists, she’s on easy street now with a doting family.

To Pikachu, they might have seemed more like potholes, because nothing hurts worse than being abandoned by your family at an unfamiliar, busy shelter. Yet, there she was, the adorable little, seven-year-old, doe-eyed dog in an Animal Care Centers of NYC facility.

That’s where Best Friends–New York staff spotted her, looking pretty scared in her kennel. They picked her to live with one of Best Friends’ volunteer foster families who would bring her to mobile and pop-up adoption events around the city until a permanent home could be found.

And everyone thought Pikachu had just that when she was adopted for the first time. But it wasn’t meant to be. Once an animal joins the Best Friends family, he or she stays part of the family even if an adoption doesn’t work out. So, staff welcomed Pikachu back with big hugs.

As Pikachu went through her ups and downs, Krystal Camacho was going through some changes of her own. She moved to a building in a new East Harlem neighborhood that allowed pets, and jumped at the chance to add a four-legged roommate.

So she started looking online to check out the local pet adoption scene. An upcoming Best Friends pop-up adoption event in the meatpacking district popped up on her screen.

“It seemed like a convenient place to see lots of animals for adoption and I liked that I could take a dog home that day,” says Krystal, but she soon learned that it’s not always easy picking out a pet when faced with so many.

The first dog to catch her eye weighed more than her building would allow, and that led to a conversation with Best Friends’ on-site adoption staff.

“I felt like the staff there asked all the right questions to help me figure out what I wanted,” she says. “I really liked how they listened, introduced people to animals and then left people alone to spend some time getting to know the animal a little bit before making a decision.”

The adoption team introduced her to Pikachu and her foster person. “Getting to talk to the person she had been living with was so helpful,” says Krystal, who wasn’t bothered one bit by the fact that Pikachu’s previous adoption didn’t work out.

The pair left the pop-up adoption event and headed straight to a pet supply store for a shopping spree fit for a princess. The spoiling goes both ways, though. Krystal says that each day when she comes home from work, Pikachu treats her to the best possible greeting full of dances, swirls and jumps. And Krystal loves that Pikachu claims her spot on her bed pillows and her couch — and her bath mat, whenever Krystal takes a shower.

Krystal says, “She is just a sweetheart. I just love having her.”