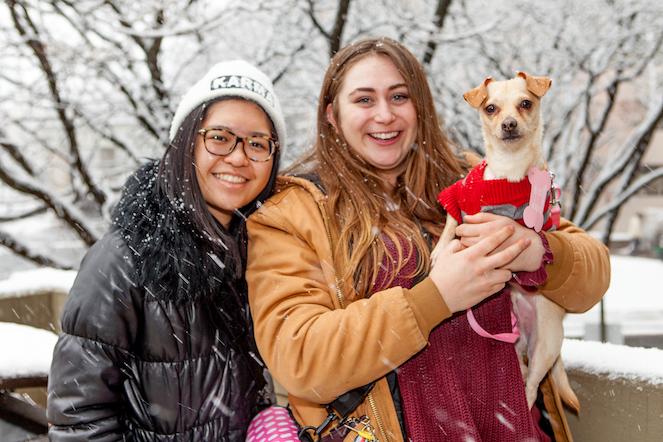 Two-day event was a big success for homeless pets and participating organizations.
By: Nicole Hamilton on December 18, 2017

The always bustling Best Friends Pet Adoption Center in New York City is proof that the Big Apple loves its animals, and in New Jersey the feeling appears to be mutual, considering the success of the recent Best Friends Super Adoption, presented by BOBS from Skechers. The event, held the second weekend in December, took place a short distance from New York City, in Secaucus, New Jersey. Nearly 350 animals were adopted during the two-day event, which had additional sponsorship from Instinct by Nature’s Variety and the Petco Foundation.

Featuring animals from 24 participating animal rescue groups and shelters, the super adoption brought nearly 4,000 attendees to the Meadowlands Expo Center. They were eager to meet pets, and possibly go home with one. In fact, even the first snowstorm of the season didn’t keep people away. As the snow piled up outside, the number of cats and dogs adopted continued to rise. 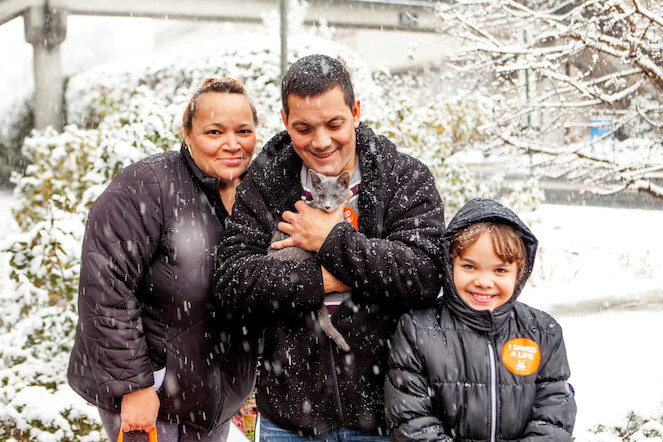 “Taking this year’s super adoption through the tunnel to New Jersey was the perfect opportunity to showcase how Best Friends’ lifesaving work extends beyond New York City,” says Elizabeth Jensen, Best Friends’ Northeast regional director. “The super adoption was incredibly successful, and a great conclusion to a year of milestones for Best Friends in New York.”

From a Houston hurricane to homes on the East Coast

Prancer and Cinnamon traveled a long way to find homes. All the way from Houston, to be exact. Both dogs were rescued in Texas after Hurricane Harvey, and were more than ready to settle into new homes. 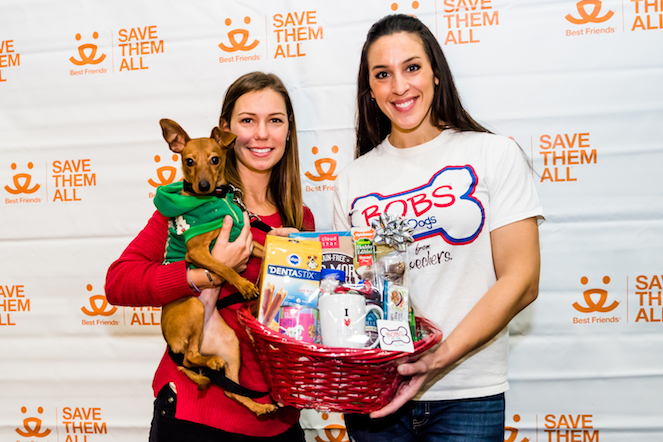 Prancer was adopted by a family who lives in New Jersey, while Cinnamon captured the heart of an adopter from Baltimore. It took about five minutes for her to decide to bundle Cinnamon up in a blanket she had brought, and take the little dog from Texas home with her, just in time for what was probably Cinnamon’s very first snowfall.

The super adoption was a great chance for animals to get some extra exposure in order to find the right home. Sheila, for example, is an energetic dog who absolutely loves people and needs lots of room to play. 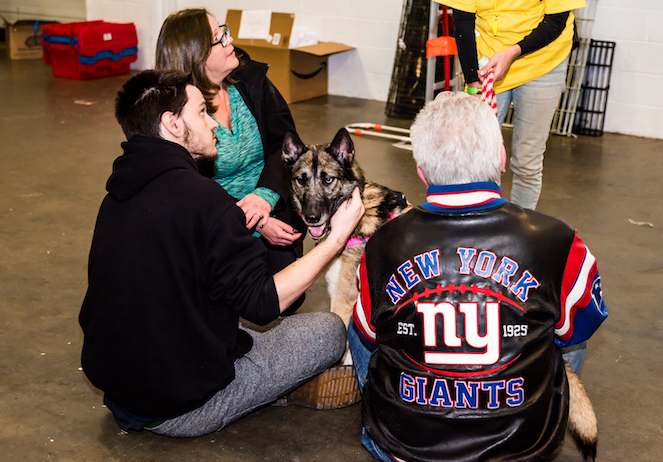 At the super adoption, she met a family looking for exactly that kind of a dog. And because Sheila’s foster mom was at the event, the family was able to get the information they needed to make the big decision to give Sheila a home for the holidays.

A wonderful opportunity for rescue organizations

Rescue organizations who participate in the super adoption event look forward to it every year. That’s because it builds awareness about their lifesaving work and helps the animals they bring to the event find loving homes.

Karin Magnuson, a volunteer for Best Friends in New York, had been looking for a small dog who could accompany her to work and when she traveled. Karin was recently diagnosed with post-traumatic stress disorder from terrorism, and her therapist thought a canine companion would help Karin in times of stress.

When Karin saw Lucy’s profile on Louie’s Legacy’s website and found out that she’d be at the super adoption, she made sure she was there when the doors opened. She was considering a few other dogs, but when she met Lucy, and saw how calmness comes naturally to her, Karin knew that Lucy was the one. 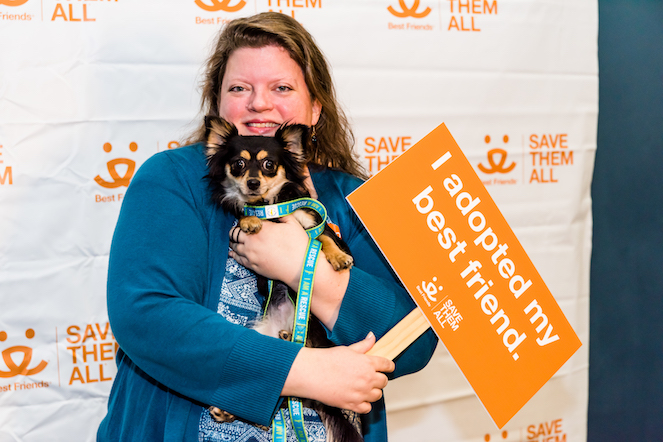 It was a great weekend for cats, too. Snowball was adopted by a woman named Jennifer and her boyfriend, Kennard, who gave the kitty to Jennifer as a Christmas gift. He brought her to the super adoption after she told him that she didn’t want jewelry or a fancy trip for Christmas. Instead, she wanted to adopt a cat.

Because Snowball was Skechers’ featured pet at the event, the team from Skechers presented the couple with a basket full of toys and treats for their new feline friend. Kennard laughed as they posed for photos. “Snowball made us celebrities,” he said. 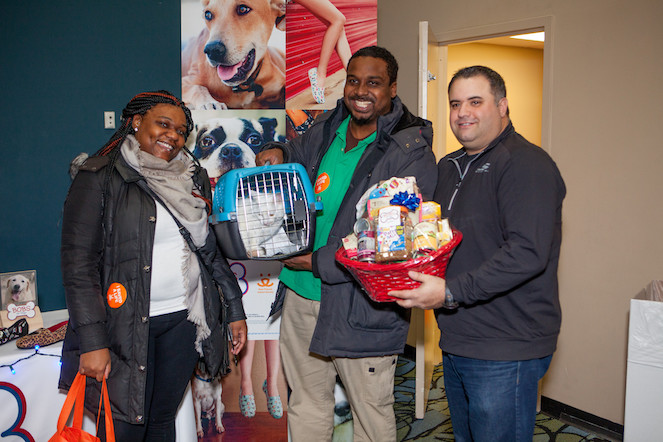 Pets are home for the holidays

Each pet who was adopted gets to enjoy the holidays in a new home, and their families gave the ultimate gift — saving a life.