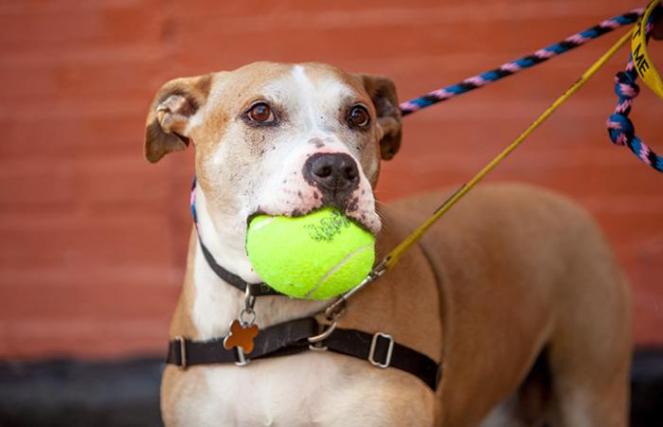 Ichi’s new family took dog fostering to the next level by moving to an apartment that welcomes dogs of any size.
By: Nicole Hamilton on May 20, 2019

When Ichi, a sweet senior dog found himself homeless at Animal Care Centers of NYC (ACC), the poor guy just needed a comfortable and safe place to land, so he could be adopted by a family who would love him. And though he got that safe place when he went to the Best Friends Lifesaving Center in New York City, life at the center was still stressful for the senior pup. A foster home made all the difference for Ichi, but a restrictive apartment policy made it necessary for a couple to go to great lengths — even uprooting their lives — to give him a permanent home. 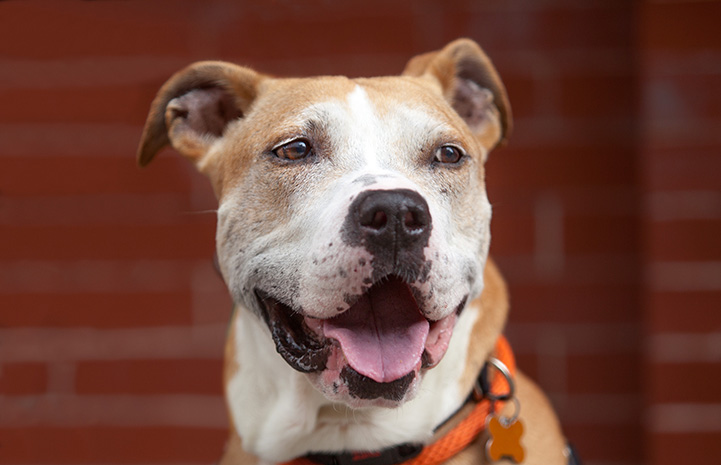 Foster home for a senior dog

The path to Ichi’s new home started when he arrived at the Best Friends Lifesaving Center in New York City. During his first months there, he was his typical good-natured self, but as time passed, he began to grow restless in his kennel. Eventually, he wasn’t much interested in people, and that didn’t help him stand out when people came in looking for a sweet, friendly dog to adopt.

Walks and playtime with staff and volunteers helped, but what the older guy really needed was a foster home where he could have lots of room to stretch out and relax.

“As an older dog, he needed someone to go slow with him,” says Lucy Biesenbach, adoption specialist at the center. “And he doesn’t like to be surprised.”

Luckily for Ichi, Petra had just started fostering with Best Friends in New York. “We fostered kittens a few times and had a blast,” she says, “and we decided next time to foster a dog. I really wanted to foster a larger, older dog because they can have a harder time in their kennels.”

Petra and her husband Colin were just the people Ichi needed.

Becoming a part of the family

It didn’t take long for Ichi to settle into his foster home with Petra and Colin, who had recently moved from the Netherlands to New York City. “We loved him from the first day,” says Petra, who took him for long walks around the neighborhood. “He loves long walks,” says Petra. “It’s amazing how active he is for his age.” The walks with Ichi helped the couple get know the neighborhood.

Those walks often resulted in smiles from people on the street, because Ichi loves to carry an oversized tennis ball in his mouth — something he was known for at the center.

“He’s just a big hunk of love,” says Petra. But that’s not what people saw when they took Ichi to adoption events. “It was sad,” Petra says. “He just sat there, very quiet in his kennel. “He didn’t really sell himself. He’s not like that.”

Ichi didn’t get adopted at any of the events. Instead, he returned to Petra and Colin’s home in Hell’s Kitchen. As Ichi’s planned two-month stay came to an end, they knew they didn’t want to return him to the center and wanted to adopt him. But there was just one problem: While the building’s management allowed Ichi to stay at Petra and Colin’s place temporarily, large dogs were not allowed to live in the building permanently. 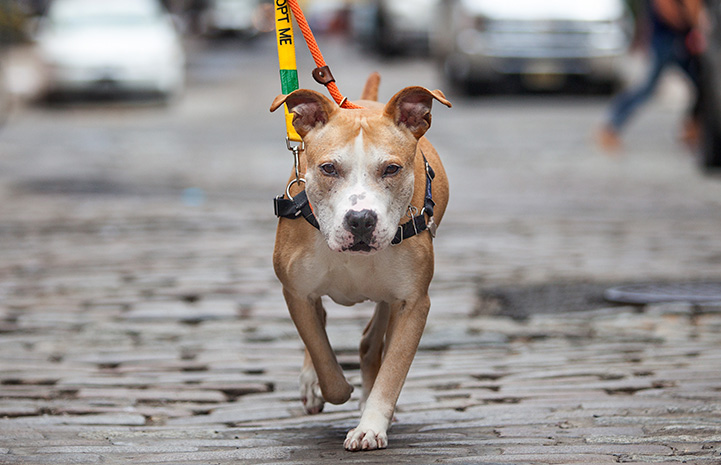 Petra and Colin asked management to make an exception for Ichi, but it wouldn’t change the policy. Though disappointed, the couple wasn’t about to let Ichi go. Instead, they decided they would move.

“We are just a bit crazy and loved this old big hunk so much that we went through the effort and cost of a move just for him,” says Petra. It wasn’t long before they signed a lease on a new place so that Ichi could move in with them.

Adopting a dog with character

Petra is a glass-half-full kind of person. While some might be frustrated about changing residences to adopt a dog, Petra saw a brighter side. “Before, we got to explore Hell’s Kitchen. Now we get to know a new part of the city — Chelsea.”

Ichi settled into the new place just as easily as the first time. And not much has changed, except that now they’re living in a place where Ichi is welcome.

“He makes us very happy. We laugh about his silly whims every day,” says Petra. “Adopting Ichi has brought us so much joy. 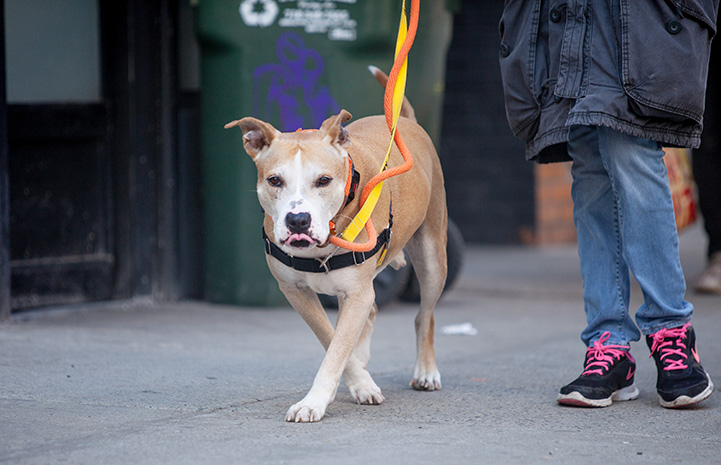