Of the 13,000 healthy, treatable pets killed at Los Angeles City animal shelters in 2012, more than 6,000 were neonatal kittens. The tiny creatures, often abandoned at birth or turned into shelters from accidental litters, had very little hope of growing up and getting adopted until the Best Friends center opened a neonatal kitten nursery in February 2013.

Staffed with a dedicated coordinator and supported by a cadre of devoted volunteers who sign up for two hour feeding shifts 24 hours a day, the neonatal nursery, a program of the Best Friends’ No-Kill Los Angeles initiative, has a goal of saving 1,800 lives in 2013. To date, close to 800 precious kittens and 49 nursing mothers have been saved.

Similar to a real nursery, the neonatal cat area features stuffed animals, festive décor, and rocking chairs amongst its many cages and incubator crates.

Once weaned from bottle feeding at about five to six weeks, the kittens are still in critical need. That’s when foster homes become part of the solution.

The foster period typically lasts a short two to three weeks, as the kittens are returned at two months old to be showcased for adoption at the center. All potential fosters need is a room (even a bathroom will do) and the ability to feed and interact with the cats several times a day. Best Friends supplies the food and any necessary medical care.

Cat lovers can also donate needed items for the neonatal nursery from an online registry at http://bfla.bestfriends.org/kittens-rule.html  click on the Kitten Shower Gift Registry link). 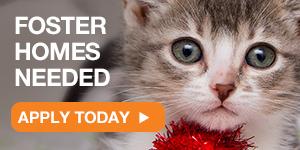 Volunteer to help the animals

Best Friends is looking for dedicated volunteers in the tri-state area to open their homes for long- and short-term foster care. 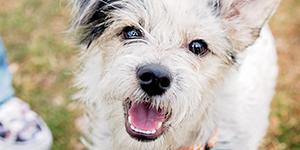 Your gift will go straight to work helping to save the lives of countless dogs and cats in New York.